Larry Lader, rightly dubbed the “father of the abortion rights movement,” influenced the women’s movement of the 1960s to push abortion. Lader was a writer by trade and became the biographer for Planned Parenthood founder Margaret Sanger, even referring to himself as her “disciple.” The two eventually parted ways over abortion. Watch to learn more:

In his biography, Lader said Sanger’s obsession with eugenics (an ideology the two shared) originated with her introduction to Henry Havelock Ellis in 1914, a psychologist and author of several books on sex, with whom Sanger was rumored to have had an affair. At the time Lader’s biography was published, it received some favorable reviews with Sanger herself arranging book signings. It was also reportedly distributed through Planned Parenthood offices.

But, in co-authoring his second book on Sanger, Lader can be credited for remaking her…

On January 17, 2019 Texas State Representative Tony Tinderholt filed a bill to abolish abortion in the state. HB896 is an, “Act relating to prohibiting abortion and protecting the rights of an unborn child,” and it in essence tells authorities to ignore federal mandates and to protect the preborn child with the force of law as a born child.

Roe was a pseudonym for Jane Roe a/k/a/ Norma McCorvey and Wade was Henry Wade, a Dallas district attorney who defended the Texas law, leading, eventually, to the Supreme Court ruling: Roe v. Wade. The Roe V. Wade case and a companion case, Doe v. Bolton were heard by the Supreme Court at the same time. Plaintiffs in both cases, Norman McCorvey (Jane Roe) and Sandra Cano (Mary Doe) claim they…

Cosmopolitan Magazine, recently in the news again for being dropped from checkout stands by Walmart, helped to push the sexual revolution of the 1960s. It did so by creating a “persona” of the perfect woman it labeled the “Cosmo Girl.” In her book, “Subverted: How I helped the Sexual Revolution Hijack the Women’s Movement,” author Sue Ellen Browder claims that the Cosmo Girl was a “mask the single girl, lonely and alone in the world, could put on to turn herself into the object of a man’s sexual fantasies.” Browder knows this well; she worked for Cosmopolitan Magazine under the direction of its editor, Helen Gurley Brown.

The Cosmo Girl was “an illusion”

Helen Gurley Brown took over Cosmopolitan Magazine in 1965, when the magazine’s circulation was falling. A report by the New York Times detailed…

Feminist icon Betty Friedan, a founding leader of the National Organization for Women (NOW), which bills itself as the first national organization to endorse the legalization of abortion, admitted that it was pro-abortion men who drove the push to legalize abortion. Friedan, who falsely claimed she “started the Woman’s Movement,” was once granted the “Humanist of the Year” award. She authored the book, “The Feminine Mystique,” which didn’t even mention abortion in its first publication. Friedan has been quoted as saying, “Ideologically, I was never for abortion. Motherhood is a value to me, and even today abortion is not.”

But the NOW founder was eventually convinced — by these patriarchal men — to push abortion as part of NOW’s official platform.

Friedan’s admission to NARAL supporters was captured in CSPAN’s 1989 video, “Who Decides? Political Action for Pro-Choice.” She referred to…

Author Sue Ellen Browder once aligned with 1960’s pro-abortion feminism. As a former writer for Cosmopolitan Magazine, she was also complicit in promoting the sexual revolution, which she now believes reduced women to ambitious sex objects. After years of research, Browder concluded that her thinking was being manipulated by a propaganda machine which would unite two movements — the feminist movement and the sexual revolution — to push abortion. She compiled her findings in the captivating book, “Subverted: How I Helped the Sexual Revolution Hijack the Women’s Movement.”

Browder, who was trained as investigative journalist at the University of Missouri School of Journalism, spoke in an interview with Live Action founder Lila Rose:

“People don’t remember how bad it was for women”

Take Back the SHAC

The differences between Big Decisions 2016 and the previous version can be subtle in some areas.  But with close analysis, we see big steps towards the gender fluidity messages for young people.

For example, there is a discussion on anatomy.  Here is the introduction for the teacher to give –

Then the slides are labeled Reproductive System, Outside and Inside without references to Male and Female.

“It is important to maintain a safe, respectful, and inclusive learning environment for all students, including lesbian, gay, bisexual, transgender, and students who are questioning or unsure of their orientation or gender… not all students who identify as males have a penis and testicles. Likewise, not all who identify as female have a vagina and a uterus.”

An analysis of Big Decisions shows that this Comprehensive Sex Education program contains 15 of the Harmful Elements of CSE.

Going hand in hand with Planned Parenthood’s announcement that abortion would be its number one focus in 2019 come plans to promote abortion as normal in movies and TV. This effort to change the so-called “stigma” that surrounds abortion by “working with content creators on honest and authentic portrayals of abortion in film and television” will include creating more portrayals of “women of color (WOC)” obtaining abortions — something that should raise the eyebrows of anyone who knows about the eugenic history of Planned Parenthood.

The move comes as women of color are experiencing declining abortion rates.

Planned Parenthood’s former “special affiliate,” the Guttmacher Institute, found that “Black women had the highest abortion rate in 2014 (27.1 abortions per 1,000 women of reproductive age) and white women had the lowest… 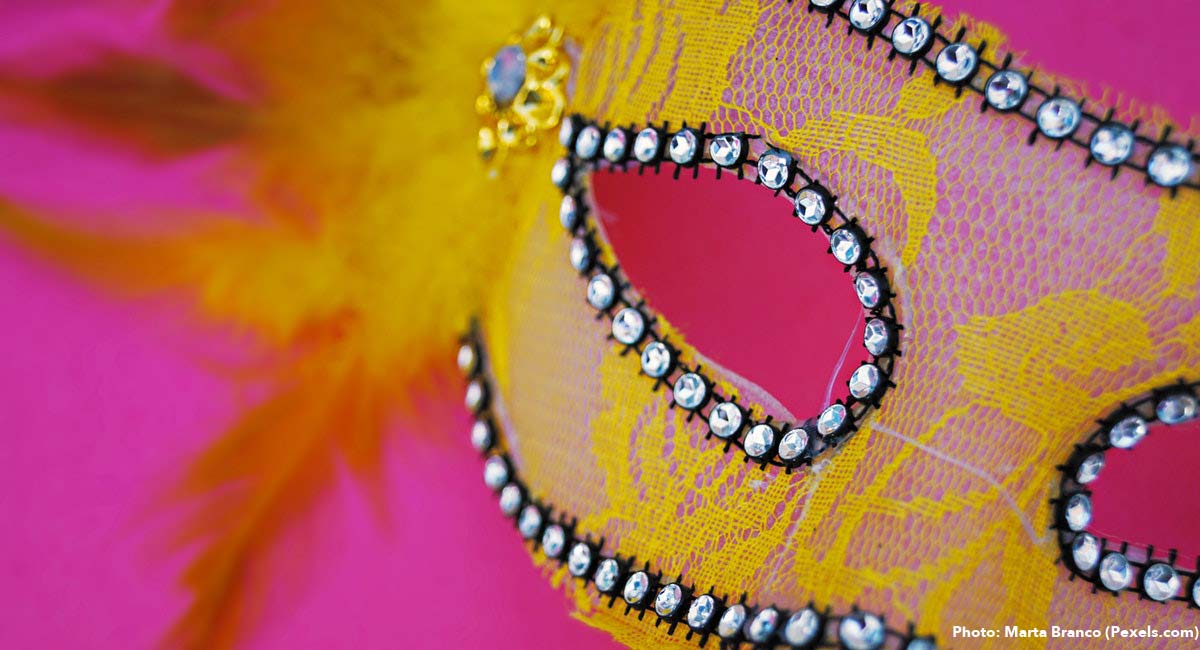 A new phenomenon appears to be taking place at Planned Parenthood. In what was a shock to many, in 2018, political activist president Cecile Richards suddenly announced her resignation, followed by that of VP Dawn Laguens and VP of Communications, Kevin Griffis, among others. Planned Parenthood hired ER doctor Leana Wen — who has called abortion “health care” — to replace Richards, and vowed that abortion will be its focus in 2019. But at the same time, employees of the so-called “women’s rights organization” are spilling long-held secrets and exposing inner workings and toxic attitudes of the organization, founded 100 years ago by eugenicist Margaret Sanger. While these revelations might come as a surprise to pro-choicers, pro-lifers know that the organization’s roots have been rotten since its inception.

Don’t you just love it when “journalist” overwhelm you with data and then promote their own propaganda to support unrestricted abortions? That’s exactly what Lauren Sausser’s recent article (Post and Courier, Charleston, SC) intended to do.

Thousands of women leave SC for abortions, also has the subtitle, “Rate of patients who had the procedure same as 20 years ago.” The reader is lead to believe that Pro-Life efforts in South Carolina have failed, that abortion rates have not decreased, that babies have not been saved, and that Pro-Lifers should give it up!

Regardless of how Sausser’s data was cherry picked, we looked at the rates of abortions received by SC residents inside and outside of the state. We compared identical time periods using Guttmacher (Pro-Abortion and the former research arm of Planned Parenthood) and SC DHEC rates:

Bottom line…Abortions received by SC residents have dramatically decreased regardless of where the abortion took place. To indicate otherwise is just more Fake News.

The real issue Sausser has is that some women must travel to North Carolina (Charlotte) and Georgia to get abortions because South Carolina Pro-Life legislation makes it more difficult for women to have abortions in state. Convenience is the problem.

However, according to the South Carolina Citizens for Life, almost 175,000 babies have been saved thanks to life affirming legislation over the past thirty years!

The real target of the article is the SC Heartbeat Bill which, if successful this time, will prohibit doctors from performing an abortion on any fetus after a heartbeat has been detected. More babies can potentially be saved! A heartbeat is all it would take!

The passage of the SC Heartbeat Bill would also mean that more women will have to travel out of state if they really want to have the abortion. That’s their right.

South Carolina is right to restrict abortions as much as they legally can. We applaud the Heartbeat Bill, Sen. Larry Grooms, and all of his fellow legislators who seek to protect life. Let the blood of the innocents be on those states that do not regard life as sacred.

Ultimately, abortion is not really a ‘choice’ for those seeking help. There are ten times more Pregnancy Care Centers in SC than abortion centers, all of which offer women real choices that they and their babies can live with.

Let’s support the Pregnancy Centers and welcome the mothers and babies they will save.