Planned Parenthood has released its plan for 2019, and despite declining clients and health services, the plan reveals the organization’s continued obsession with abortion. Planned Parenthood masquerades as a health care organization, and as its abortion market share steadily increased (due in part to half a billion dollars they receive from taxpayers annually), Planned Parenthood’s profits skyrocketed. In 2018, Planned Parenthood set out to protect those gains by vowing to spend millions to elect pro-abortion lawmakers and hire a new director to push for activist judges on the court. 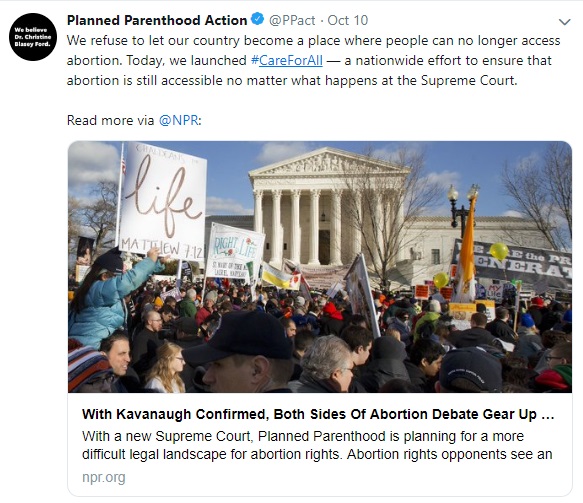 Planned Parenthood Care for All plan to expand abortion (Image: PPAction on Twitter)

“There’s no way to sugarcoat it,” the document begins. “With Brett Kavanaugh on the Supreme Court, we are likely to see the further…