Fighting For the Culture Of Life

Dear Friends for Life:   The current population of Japan is a little over 127 million, of which approximately 25 million are children under the age of 18. According to the UN Convention on the Rights of the Child, a child is defined as anyone under the age of 18. Japan is a major destination, source, and transit country for children subjected to sex trafficking and sexual exploitation.

Let’s recap a series of events from several months ago.

In March 2017 I published a blog article exposing how the GSA Network website, organized by the Institute for Sexual Minority Studies and Services (iSMSS) at the University of Alberta, included many community support links for K-12 children that led directly to sexually graphic material.

However, despite the fact that iSMSS severely violated the public trust and endangered the safety of children, the government still entrusts them with a tremendous position of trust, authority and direct access to K-12 students in Alberta schools.

And even more alarming is that politicians continue to flock… 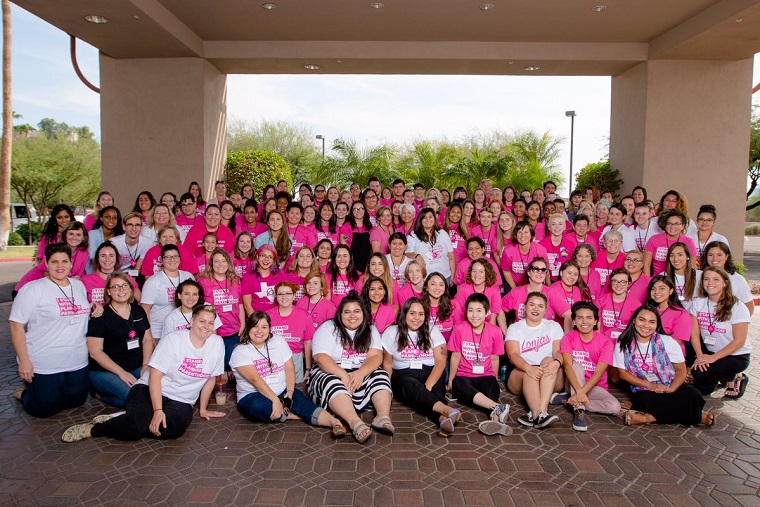 The goal, according to Rewire was to, “develop more than 600 volunteer teams in the next year or so.” 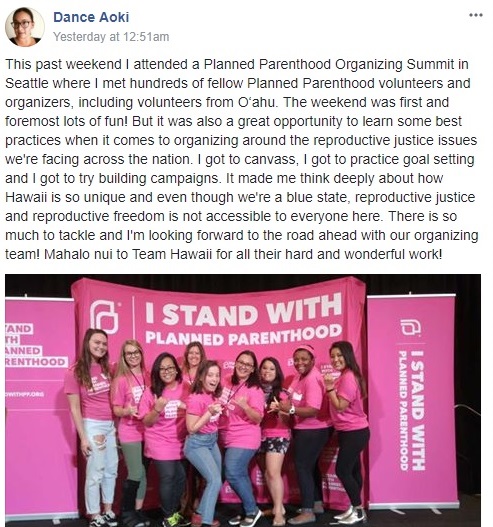 The former Planned Parenthood staffers’ letter noted, “we are of one mind that the extent of theses problems with the organization is not fully understood by the American people….” They added that they “could personally attest” that Planned Parenthood has “operated as a law unto itself, gladly accepting tens of millions of dollars of taxpayer support while using the rubric of ‘reproductive rights’ to claim…

Experts interviewed in the controversial film, “Hush: the Documentary,” which investigates the effects of abortion on women, claim that women aren’t being told the truth about the link between abortion and breast cancer, despite studies that show the claim to be true.

Pro-choice film director Punam Kumar Gill went out of her way to speak with experts on both sides of the debate. “Of all the contested health care risks around abortion, the abortion breast cancer link was especially troubling to me,” she states. According to Gill, at the time the film was produced, there were only five states that required women to be told that there is an increased risk of breast cancer from abortion.

Screenshot via “Hush: the Documentary”

In her team’s attempt to hear all sides, Gill spoke with former abortionist David Grimes… 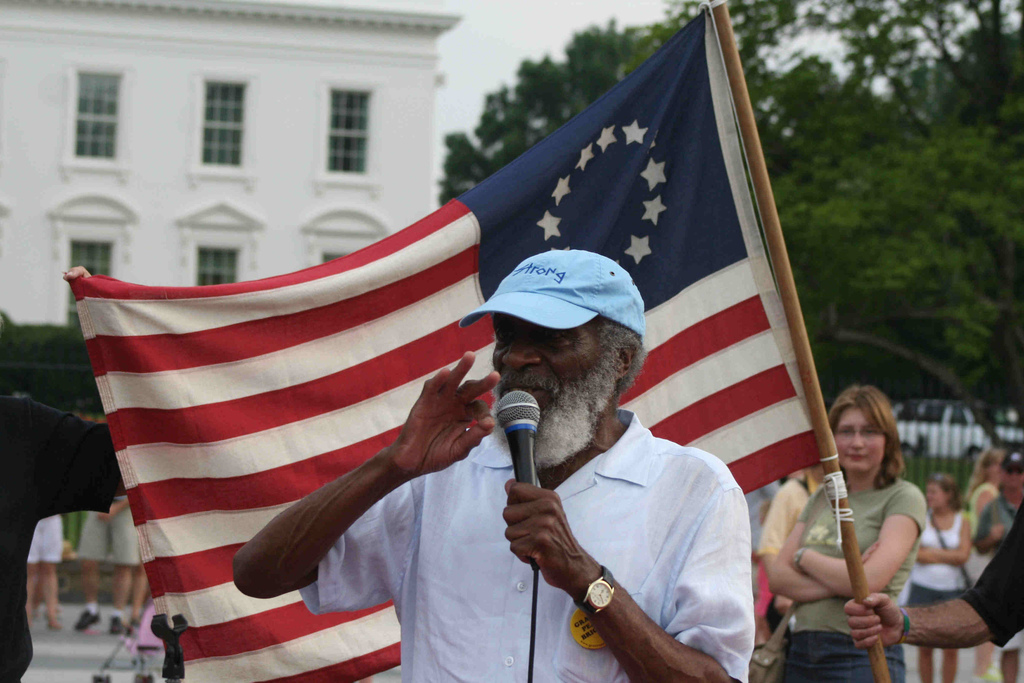 Comedian and civil rights activist Dick Gregory died August 19, 2017, and although he is best known for his humor, the satirist once called out government-funded abortion and birth control as a genocide effort targeting the Black community.

Gregory was the father of eleven children but tragically, one of his children died as an infant. He often used his humor to touch on the social ills of the day, and as a result, many white people attended his comedy events. He became a strong voice in the Black community during the tumultuous times of the 1960’s and 70’s during the African American civil rights struggle.

In 1967, Gregory joined more than 1,100 Black delegates for the First National Conference on Black Power where he along with others in the group adopted a black power manifesto that called for the “refusal to accept birth…

Many of us have worn it, and others have surely seen it — the iconic pro-life “Precious Feet” pin. But what’s the story behind this symbol?

In the early 1970’s, Dr. Russell Sacco, a urologist from Oregon at the time, was aware of abortion prior to Roe v. Wade because of those who were speaking out on the topic. “I knew as a doctor that abortion kills children; they kill human beings,” he stated in an interview published on Vimeo.

Dr. Sacco said he began reading “anatomical books,” and when the Supreme Court ruled that murdering the preborn was “legal,” the doctor became, in his words, “furious.”

It was shortly after this that Sacco met a pathologist who was also anti-abortion. This pathologist “… was supposed to take the children that had been killed and…

Take Back the SHAC

Planned Parenthood sees parents as a barrier to service.  Planned Parenthood wants to be in schools to reach children about the message about sex.  Parents, you are the most important person to your children especially on the subject of sex.  Mark your calendar for this event by Abby Johnson and ATTWN October 9, 2017, 8pm Central. 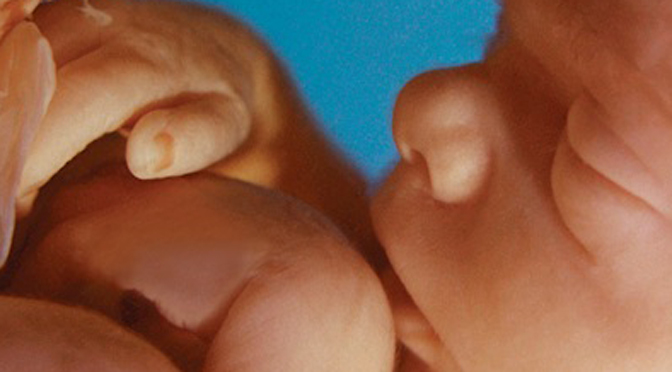 Now that Congress is looking at a bill that would prohibit abortions after the 20th week of pregnancy, we can expect that abortion profiteer Planned Parenthood and its allies will begin the push to disseminate a lot of misinformation.

It is important to note, first and foremost, that despite the often-repeated lie that abortions after 20 weeks are only committed for reasons’ of women’s “health,” reasons, Planned Parenthood actually considers all abortions legitimate, for any reason whatsoever, calling every abortion (including late-term ones) “medically necessary.”

But if late-term abortions are truly only done for health reasons, why is there no mention of this on Planned Parenthood’s own website when listing abortion services up to 24 weeks?

Several Planned Parenthood facilities in California commit abortions up to 24 weeks, the legal point of viability. One undercover video features a…

A survey conducted by the Guttmacher Institute, Planned Parenthood‘s former “special affiliate,” reveals that taxpayer-funded abortions were a factor for women who had at least one prior abortion. It also revealed that the majority of those women had used contraception at the time of conception. In addition, Guttmacher, which is funded in part by taxpayers, found that Black women had a higher rate of prior abortions.

The survey, entitled, “Which Abortion Patients Have Had a Prior Abortion? Findings from the 2014 U.S. Abortion Patient Survey,” was described by the authors as “limited research on the characteristics of individuals who have terminated two or more pregnancies.” The report, published by the Journal of Women’s Health in late August, asked women how many prior abortions they had and found that slightly less than half of abortion patients (44.8%) had prior abortions: