Annapolis, MD – She walked into a Planned Parenthood abortion facility yesterday morning, but she didn’t walk out.

An ambulance was called on the morning of Tuesday, October 4, 2016, for a hemorrhaging patient at the Planned Parenthood clinic in Annapolis, Maryland.

Local pro-life activist Pamela Palumbo provided Operation Rescue with photos and video within minutes of the incident that showed female patient being removed from the abortion facility on a gurney. She was then transported to a nearby hospital.

A radio traffic recording made by Anne Arundel County Police, Fire and EMS was immediately obtained by Operation Rescue.

The recording revealed that units, including an ambulance, were dispatched to Planned Parenthood, located in the Mason Building on West Street in Annapolis at about 11:08 a.m. in response to a hemorrhage.

This is the second documented…

Planned Parenthood’s cleverly crafted slogans may be disguising their real mission of eugenics. From its inception in 1916, Planned Parenthood has been an organization full of deception which misleads the public with snappy sounding taglines that make their them appear as if they are for “health” and families. We have assembled a few examples for your review below.

This vintage 1972 poster from Planned Parenthood reads, “We think children are priceless too.” This was published one year before the infamous Roe v. Wade abortion decision, but make no mistake, Planned Parenthood fully supported abortion, providing them in New York and openly pushing for it’s legalization nationally. The ad is very misleading attempting to convince it’s audience that Planned Parenthood actually believes children that they openly abort in the womb are “priceless.” Then comes the rub, as the ad goes on to state, “But if a…

The following article was co-written by Donna Trimble, Executive Director of Parents for Choice in Education and Theresa Ng of Informed Albertans and will appear on both sites.

On August 23, 2017 Janet French, a reporter for the Edmonton Journal, made a discovery that website domains very similar to Parents for Choice in Education and Informed Albertans had been purchased in order to redirect to Alberta Education’s own website.

This means that if you happen to type the incorrect web address – for example, parentsforchoice.ca or informedalbertans.com or .ca instead of the correct addresses of parentchoice.ca and informedalbertans.wordpress.com – you will find yourself directed to none other than Alberta Education’s own site, specifically their “What is a GSA” webpage.

While the online record does not display who bought these domains, it does display when they were all purchased.

That date was March 16th – just shortly after…

Fighting For the Culture Of Life

Dear Friends for Life:   If you thought the three gender movement was a unproven novelty, try picking from six “genders” with the option of creating your own pronoun. And it gets stranger yet. Princeton University and University of Michigan are among the leaders promoting this type of behaviour. According to Washington Post, more than 50 colleges or universities allow students to choose their genders without documentation of medical intervention. It’s reported that Princeton University students have the option of even choosing severalgenders. Or choose to be both male and female. 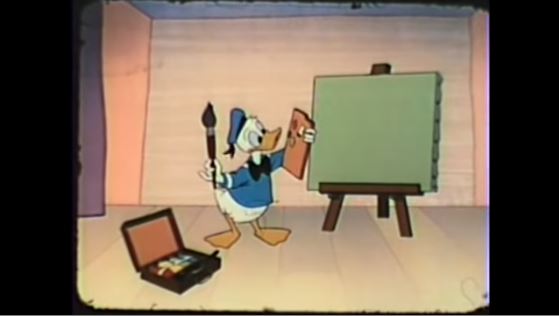 A newly discovered 1960’s video produced by Walt Disney Productions promotes “family planning” propaganda as a way to solve overpopulation and enter into the utopia that can only be attained by having smaller families.  The company known for animated cartoons was started in 1923 by Walt Disney and his brother Roy O. Disney.  In 1966, a year prior to the film’s release, Walt Disney died, leaving his brother Roy in charge.  The controversial film, entitled Family Planning was released in December of 1967 and produced in association with the Population Council, which advocates abortion.

The Population Council is credited with bringing the abortion pill RU486 to the United States. The organization was founded in 1952 by John D. Rockefeller 3rd. 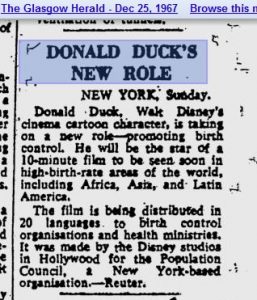 Frederic Osborn, a founding member of the…

Albuquerque, NM – A woman has died as the result of a late-term abortion process initiated at Southwestern Women’s Options (SWO), in Albuquerque, New Mexico, which is the largest abortion facility in the U.S. that openly specializes in abortions throughout all nine months of pregnancy.

Operation Rescue is assisting Abortion Free New Mexico with an investigation of this tragedy.

This abortion-related death is particularly troubling in light of a criminal investigation that is currently underway by the New Mexico Attorney General’s Office into Southwestern Women’s Options and UNM. UNM has aggressively worked to increase second…

It is beyond amazing how the nation’s largest abortion corporation Planned Parenthood will mislead the public about the services they provide, all while the media is willingly complicit in their deceptions, by spinning the facts about prenatal care and other services.  The latest example can be seen in a Tennessee media outlet, which compares prenatal care to “vaginal infections.”

Lest you have the same puzzled reaction as I did, I will explain – or attempt to.

One of the more well-known examples of how Planned Parenthood has lied to the media and the public about its services is the false claim and out-right lie that Planned Parenthood provides mammograms. This myth was debunked despite the efforts of complicit media outlets, which allowed Planned Parenthood president Cecile Richards and other staffers and supporters to repeat the falsehood without question or a… 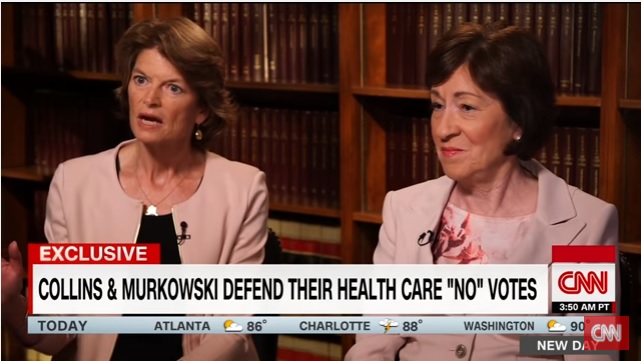 Two Republican Senators, Lisa Murkowski (R-Alaska) and Susan Collins (R- Maine), are being credited with halting a Congressional effort to defund the nation’s largest abortion chain, Planned Parenthood. In a previous post, Live Action News documented Sen. Murkowski’s inaccurate claim that Planned Parenthood is a health care agency worthy of taxpayer funds. In this post, we will examine whether the activities of Planned Parenthood in Sen. Collins’ state of Maine live up to her statements defending the organization. 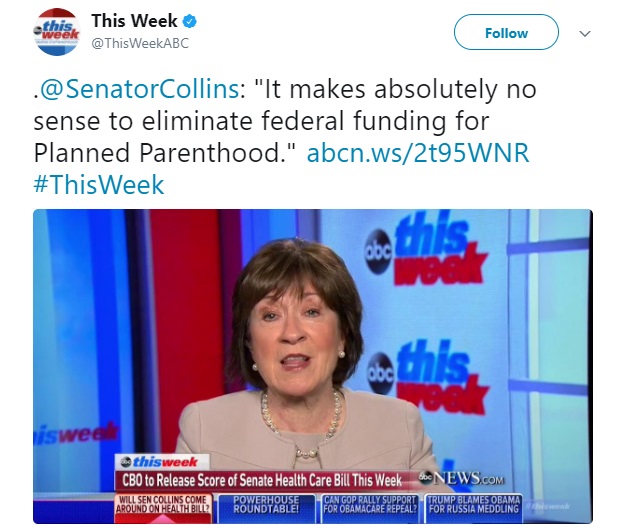 In 2015, following the release of the Center for Medical Progress’s undercover videos of Planned Parenthood representatives haggling over prices for aborted baby body parts, Sen. Collins introduced a measure to investigate Planned…

A newly released undercover recording captures a late-term abortion facility staffer telling a “healthy woman posing as 25 weeks pregnant” that they will “euthanize the fetus.”  The disturbing recording was released by Abortion Free New Mexico and Priests for Life, and was published by the New Mexico group, Pro-life Witness. The undercover phone call was placed to Southwestern Women’s Options (SWO), an Albuquerque, New Mexico, late-term abortion facility operated by infamous abortionist Curtis Boyd.

What appears to be is missing from this disturbing conversation are questions that one would expect an abortion facility to ask, such as the caller’s reasons for seeking an abortion. But in listening to the exchange below, there seems to be no interest in finding out what “health reason” would compel a pregnant woman to seek an abortion so late in…

With the topic of America’s history in racism once again a focus in the news, a fake image of Planned Parenthood founder Margaret Sanger speaking to the Klu Klux Klan has been circulating online. While the image is not real, what is quite real is the fact that Sanger, a proponent of eugenics, spoke to a meeting of the women’s branch of KKK in 1926.

The event took place in Silver Lake, New Jersey, and Sanger described in it in her autobiography:

I accepted an invitation to talk to the women’s branch of the Ku Klux Klan…. I saw through the door dim figures parading with banners and illuminated crosses…. I was escorted to the platform, was introduced, and began to speak…. In the end, through simple illustrations I believed I had accomplished my…