Naral Pro-choice America is tweeting, “Being pro-choice *is* fundamentally about *parenting!

The NARAL Tweet takes you to RH Reality Blog’s tumblr page where they posted this: 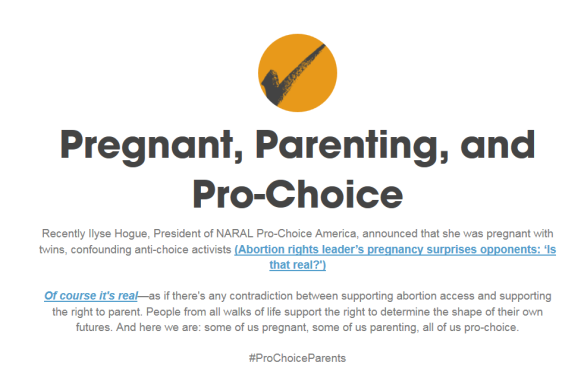 They think that because Ilyse Hogue, President of NARAL has announced that she was pregnant with twins, that it is, “confounding anti-choice activists.”

See, we have always known that the babies the abortion lobby wants killed are NOT their own.

In their warped elitist world – they are the ones “deserving” to have children.

After all wasn’t it Planned Parenthood founder, Margaret Sanger and other eugenics leaders that she followed, who suggested the government enact a “License to breed?”

In fact, as late as 1970, former Planned Parenthood president Alan Guttmacher called the idea of a limitation of families to only 2 children in America “desirable.” (read about that here)

He endorsed the concept of limiting…